[Note: After a long hiatus for the fall semester, I am finally resuming writing about my experience this summer; what our group saw and learned is as pertinent as ever, but as I’ve mentioned I also write largely in order to consolidate my own memories. Thanks for reading!]

← Previous: Ibrahim Project, June 6: Oman, from the mountains to the sea

This is part of a series of posts on my participation in the Ibrahim Leadership and Dialogue Project during June 2012.

Final moments and closure in Oman

During our final morning in Oman, we had one last meeting—breakfast with Dr. Abdulrahman Al-Salmi, who works at the Ministry of Religious Affairs and is one of the leading experts on Muslim-Christian relationships in the Middle East. In our discussion about interfaith issues, Dr. Al-Salmi described how Oman’s Port of Sohar was once a “Gate to the Oriental,” facilitating interaction and trade between Oman and various other countries and cultures during medieval times. He noted how, at that time, the country used to have a Jewish population that is largely absent now—although there is still considerable diversity in terms of Muslim sects. He also claimed that the Muttrah souq is emblematic of Oman’s diversity, as its shop-owners come from a large variety of religious backgrounds.

END_OF_DOCUMENT_TOKEN_TO_BE_REPLACED

This is part of a series of posts on my participation in the Ibrahim Leadership and Dialogue Project during June 2012.

On June 1, 2012, five other students and I walked into the Institute of International Education knowing few details about how we would spend our two weeks on another continent. The trip had been in its last stages of planning, partly due to the fact that cultural attitudes about time in that part of the world are not nearly as rigid as in the United States. Only two days earlier did we find out that we would not be able to visit Saudi Arabia and thus were traveling to Oman instead (the program coordinators, due to some unforeseen circumstances, could not get us visas into the Kingdom—last year’s group of students were the first to make that trip, and whatever connections it took to make it happen were less successful this time around). So we arrived at the IIE office, eagerly anticipating the revelation of the final itinerary for our travel between the Sultanate of Oman, the United Arab Emirates, and the State of Israel. 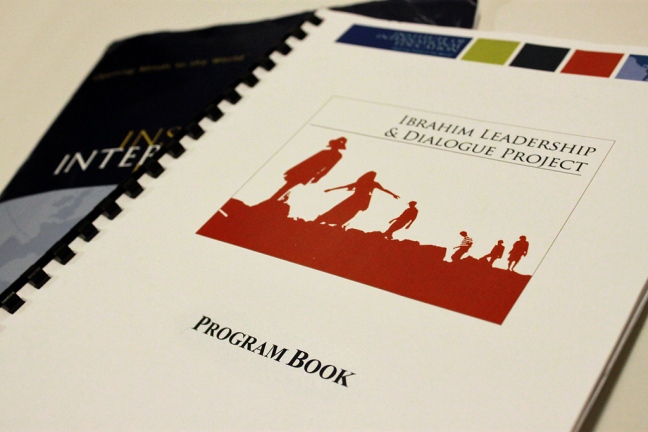